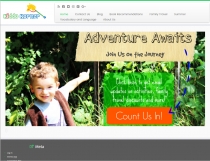 I’m excited to share that JoJo Siwa has just announced she’s extending D.R.E.A.M. The Tour. One of the stops will be in Fort Wayne, Indiana at the Allen County War Memorial Coliseum on April 23, 2020!

I’m partnering with the tour to spread the word about the new dates through the spring of 2020. This post contains some affiliate links for awesome JoJo merch.

If you’re not close to Fort Wayne, don’t worry. There will be additional shows across the US through June 2020.

If you’re going to catch the show in Fort Wayne, check out these other fun, family-friendly activities in the city.

Maybe you’ve heard your kids talking about JoJo but you don’t really know what’s what. Let me give you a little background to get you up-to-date.

She got her stardom start on Lifetime’s Dance Moms before blowing up as a YouTube sensation. She has over 2.6 billion views on YouTube.

JoJo has a positive message and kids across the world have joined in her SIWANATORZ club, which stands against negativity and bullying.

She’s known for her signature bows of which over 50 million JoJo Bows (affiliate link) have been sold (certainly you’ll want a few for the concert!). She also has tons of other “merch” including bow makers, journals, backpacks, watches, dolls and more (affiliate link).

This girl’s got it going on. She’s fun, positive, upbeat, and full of rainbows and glitter. Going to the concert will be an event the kiddos won’t soon forget.

We’re already planning our outfits for the show in Fort Wayne on April 23, 2020. Am I too old for a JoJo Bow and some crimped hair? I think not. For the boys, I’m thinking of some spray color in their hair and as many rock-star sequins as I can get away with. My niece already has a collection of JoJo Bows but I think we’ll be adding to it at Christmas.

The extended tour date release is just in time for Christmas. Many of the earlier shows sold out so make sure to get your tickets ASAP.

I hope to see you at the show. I’ll be one of a few thousand other moms living out my (still present) tweenie love of rainbows, glitter, and unicorns!

Leave a Comment
submit a review Join our blog team

Proud Member of The US Family Guide Network